THE BLESSING OF THE LORD IS LIMITLESS 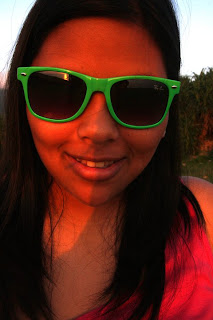 
This was quoted from the mass celebrant at the UST College of Commerce Freshmen Recollection. This line hit me to the bones. It made me realize “Oo nga noh. Di rin pala maganda yung yes ka lang ng yes.” You also need to identify which is really important. We need to pray before we make a decision. Weigh both sides first. =) Anything that’s too much is not good.

Currently, I am the sector ate of MM West B. Also the next sector ate for my sector, MM West A, and serving in YCOM & TORCH. I also serve in YFC-UST and of course a college student and a daughter. =) I always struggle in balancing my time and schedule. Yes, I’m bibo kid. Hahaha! =D Aside from these, I’m turning 18 on December and of course I’m also making my preparations for this big day. =) Busy, isn’t it?

When I was in High School, my friends always get disappointed of me when it comes to gimmicking. It always conflicts a meeting or household or an event in YFC. They always say “ Ano ba yan! YFC na naman! ” I must admit I really had few gimmicks with my friends because aside from my parents won’t allow me, it conflicts with my schedule. =( Until now they still say “Hay nako forever ka naming busy eh. Kelan ka ba magiging free?”

I don’t know what it got in me, but I feel so unsatisfied whenever I do not attend any YFC/KFC activity every week. Life’s boring without households meetings and conferences. =) It just came across my mind that these meetings and all are already my gimmicks. Isn’t it so much cool to here that you are going home so late because of YFC stuffs rather than going home late from a party? =D I already grew up in this community. I was a member of KFC at five. In short, I’m in this community for almost 12 years! =)) And I do not regret every single day that I am serving the Lord through this community. And I’ll forever be grateful. <3

I think I just need to limit myself. If it’s really none of my business, then I should stay home and make time for myself and tell “Gel, wag masyadong bibo! Hahaha. =))” For that, may God be praised!

So many events and people came to my life this year. I gained a lot of friends. =) I’m just so happy that I’m loving more and more people and I know that they feel the same way too <3.

I just graduated from High School and currently taking up Business Administration at the University of Santo Tomas. My summer started with a mission. We went to Masbate to conduct a Family TIES Camp. I was with my parents, other KFC Coordinators another YFC and a KFC full-time pastoral worker. We experienced all forms of transportation to reach just one destination! We went to Legazpi by plane then rode a van to Pilar then reached Masbate by boat. I gained new friends and built relationships with the people there. =) Next was the ILC in Baguio. I was part of the Documentation team and was part of the service team in the ROCK Workshop. That’s when the RDC or ROCK Dance Company was born.

During the ILC, we were surprised when we heard Kuya Ian’s announcement that we’ll be having a one week mission in Albay one day after the ILC ends. Doubts and fears came into me. Will I survive there? This would be my first mission without my parents, if ever. And the ILC just ended and I’m tired, can I still do it? At first, my dad didn’t want me to join the mission because we just had one a month ago. But the Lord just made a way for me to experience His great love, I joined the mission. =D

The day came. We were fourteen in the group, all from different sectors and two were KFC full-time pastoral workers. Everything’s set but we almost cancelled this mission because of insufficient funds. But then again, God won’t allow us now to continue this mission. And so we still went on even if there’s no assurance of going home complete.

We were divided into three groups, each having their own tasks. After all the love works, of course, we celebrated! =) We went swimming, eat together at Embarcadero and toured around the province. But unfortunately, I wasn’t able to join the tour because i need to go CamSur to meet my family so I can give up my slot to someone else so the team can go home complete. =)

Next was the Luzon Kids Village. =) I was part of the animators and emcee-ed in one of the competitions. =) I feel so honoured to be part of the production team of the Luzon Kids Village. It feels so awesome to dance for the Lord in front of His beloved kids. =D and the stage was so beautiful, very forest-y. Haha! =)) I gained new friends again, mostly from Laguna and other people in the production team. Being an animator is dream come true. When I was in IKV Laguna, I said to my mom “ Mama, pangarap ko sumayaw sa IKV!” And ate Zee grant my dream with a bonus, she made me as one of her emcees in one of the competitions. =D God’s so great! As always, after the Kids’ Village are the Kids camps. I’m happy to say that West A is growing in numbers. =))

Next was the CFC 28th Anniversary. I was again tapped to be part of the production team. =D Together with some KFC full-time workers and other YFCs, we created the World Changers dance which was launched at the Anniversary. We danced for the Lord with the Laguna dancers and some KFC members. =D

Next were the LiveLoud Concert 2010 and the Campus Fresh ‘N Passion Party. It was my first time to attend these events. =) The LiveLoud was so awesome. A lot of people attended the concert. We can hardly walk across due to a very huge crowd. I learned new songs to praise our Lord. =) The Fresh Party was also fun. Only in this community you can experience clean parties with so much fun. =))

Next was our Sector Kasangga, reinvented! We made an amazing race to help the leaders reflect on what is really needed to lead and serve the Lord. =)

Next was the SectorCon Planning. We planned at Linden Suites. =) It’s nice having a fun bonding with the West A Core Group. Everyone was so excited to share their ideas and visions for the event. I’m really excited to be part of our all-new SectorCon. It’s Showtime! =))

Lastly, I attended the General Assembly at UST. The Presentations was overly awesome. =)) Plus, I learned a lot from Kuya Tutch’s pep talk. =) “Serve out of love.”

I can proudly say that God really loves me so much that He made me experience all of these. It’s just the 7th month of the year and the Lord has flooded me with His blessings. Truly, I can say that God is so great. I know that He will never stop making me happy and blessed. There’s more to come. I love you Lord. Thank you so much! =))